Hello everyone! Welcome back to the WFC Rewind, August 2021! As you know, these are the topics that we’d like to look back on, as well as the people we would like to recognize every few months here.

Now, enough of me rambling on, on to the WFC Rewind!

[DSC_0953-01] (Photo credit @DeltaDev13) Hey everyone, it’s that time of year again, the Allegiant route expansion! Although GRR didn’t make it again 🥲, we have some very exciting news, especially for my friends at Allegiant Virtual! The recent route expansion adds Minneapolis/St. Paul (MSP/KMSP), and Washington/Dulles (IAD/KIAD), along with Melbourne/Orlando (MLB/KMLB) and Amarillo (AMA/KAMA)! A huge winner is Austin…again, as the airline adds over half a dozen new routes! Here’s what’s new …

An Emergency type of Evening (with no fences) // Spotting @KGRR Spotting

Hi guys! I visited the airport last night, specifically to see the Delta 717, and the Southwest 737 MAX 8, unfortunately, my camera did something weird, and all the pics of the MAX turned out white

. Anyway, some good spots last night, including a wheels up diversion! [DSC_0205-01] First off, this Frontier A320neo coming in 1 hour late, which caused another Frontier to sit on the ramp for one and a half hours! This one in the Rio the Jaguarundi livery from Orlando, Florida. [DSC_02…

Hello! This is part two of a five part series where I fly from Los Angeles to all the main airports in Hawaii on every commercial airline that operates that route. Here, I will post polls for which flight I will do next and photos from the flights. We’ve completed part one, Los Angeles to Honolulu, flying Hawaiian Airlines Boeing 767-300ER (N597HA) as HA9

Community Member Of The Month

Wow, this one was a hard decision. There were many people that we considered in choosing the community member of the month, but one user has really stepped up and became more active over the summer. When I left, he was somewhat active but now, since I’m back from camp, I can definitely tell that he’s found his place on the Internet here. I am so happy to announce and award the community member of the month to:

Moderator Of The Month:

Don’t get me wrong, I love all of you guys in this community genuinely wouldn’t run without you but as hard of a pick it is, I have to chose one of you. Now, this Moderator really was the backbone of this community while I was away at camp. He really kept this place booming and making sure that everything stays in order. I think him so much for being here and I appreciate his support to the community. So without further ado, the moderator of the mouth goes to:

Congrats to everyone else mentioned!

There were many people that we considered in choosing

We love home to hawaii

I’m glad that this made it onto the list

That HA A332 you flew on recently?

Yep, when I flew LAS-HNL

When the pfp is Dayy

Edited it and made the sky a bit darker😂 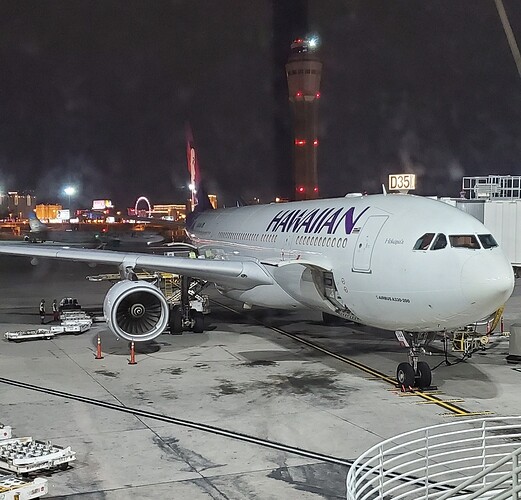