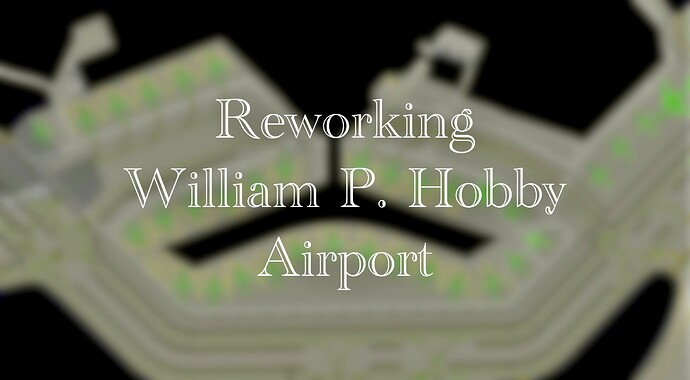 As some of you may know, on January 15th, 2021, @brunocr98, one of the Infinite Flight Airport Editing Team Managers, asked me if I was interested in redoing William. P. Hobby Airport, commonly referred to as Houston Hobby.

At first, I was a bit hesitant to do so. My biggest airport to date was ZJSY, and I wasn’t sure I could handle HOU. However, since the request came directly from Bruno, it had struck me that the team believed in me. As a result, I accepted and began work on it on February 6th, 2021, right after PAEN was accepted and added to the repository.

Work progressed slowly, especially since school had taken up much of my day. I would spend at most one hour a day working, and by mid-March, when Management asked me about my progress, it became evident that I would need to step up my game.

So, I did just that. By the end of March, I had completed the entire airport layout, less service roads (I bet @Ryan wishes I kept it that way).

April came and went, and the airport was coming along well. Nearly 80% of the markings were complete by this point, in addition to the service roads.

May arrived, and my deadline was edging closer. Not only did I want HOU to be released in the June update, but so did Management. My fear of being reprimanded by @Ecoops123 and @Claudio was increasing on a daily basis!

Finally, the day came. Today, May 24th, 2021, over three months of hard work, KHOU is complete. The airport features 184 spawns (132 more spawns than the previous version of the airport), detailed markings, stop bars at every gate, and my personal favorite, service roads. In addition, the file size, which, in retrospect, is irrelevant, increased by 228%. 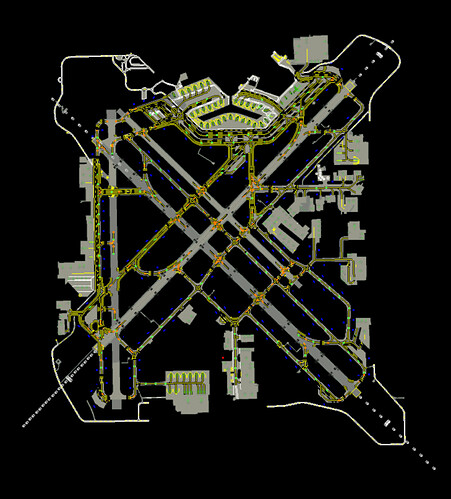 If you would like to see other parts of the airport, whether that is the new or old version, feel free to ask below. It was too time consuming to take shots of each apron/area.

I have no regrets in choosing to edit this airport… well, minus the time a few weeks ago when I prioritized editing instead of studying and got a 35% on my Stoichiometry test.

Once again, I would like to thank @brunocr98 for his faith in me, as well as putting up with my questions, constant PMs, and of course, reviewing the airport. I would also like to thank @brennanhackard for helping me out, reviewing the file before OR, and defending me when it came to my lack of progress at certain points in time.

I sincerely hope that you all enjoy the updated airport. @SouthwestVirtual, @BigBert10, and @Thunderbolt, you all are no exception to that.

@Butter_Boi, you will also have a new airport for your event, as promised!

Do you want to contribute to Infinite Flight’s ever-growing list of edited airports? If so, go ahead and join the Infinite Flight Airport Editing Team! It’s a great way to get involved and help the simulator. Check out the link below for more information!

Have you ever wanted to help out Infinite Flight to make the flight simulator better? Well this is the place for you! The Infinite Flight Airport Editing Team is an open invite developer team that works on maintaining the high standards of the...

It was a copy and paste from my IFC post. They aren’t forum members here.

Yes. I drew it as a taxiway.

Slightly off topic, but do you know if anyone is adding the rest of Terminal A at KRIC?

Not at the moment, no.

Does the airport have octagons

Lmao. It doesn’t thankfully. Bruno would kill me!