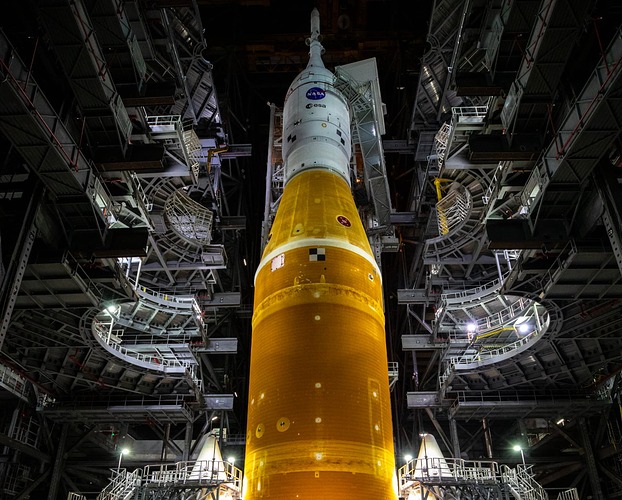 Hello and welcome to the Artemis I launch thread! In this thread, you will see a variety of updates and milestones relating to the Artemis I mission, the first mission in the Artemis program, which has the goal of the United States and its partners putting a man back on the moon for the first time since the conclusion of the Apollo program in the year 1972.

What will the Timeline of the Mission Look Like?

To see a view of the mission timeline, please take a look below at the NASA graphic: 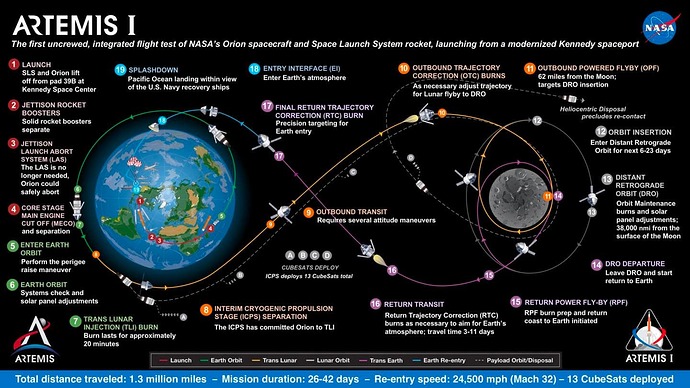 What Equipment is Being Used for this Flight?

On this mission, two key parts of the Artemis program will be put through a large series of tests for future spaceflight; these are the Orion spacecraft, and it’s launch vehicle, the Space Launch System.

Information About the Equipment 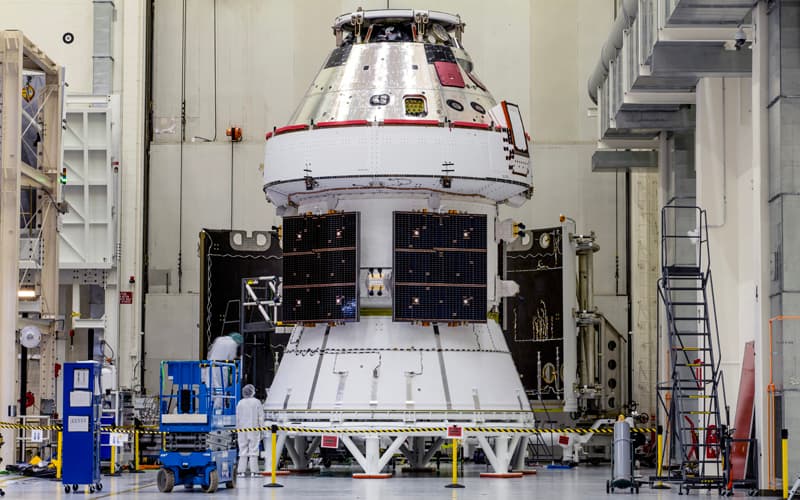 Making its debut as a full spacecraft, the Orion Spacecraft will be one of the most significant parts of this mission. After originally making its spaceflight debut as a Crew Module only flight atop a United Launch Alliance Delta IV Heavy rocket in December 2014 the European Service Module will be joined to form the full spacecraft. The Crew Module is built by Lockheed Martin, while the European Service Module is built by Airbus Defense and Space. 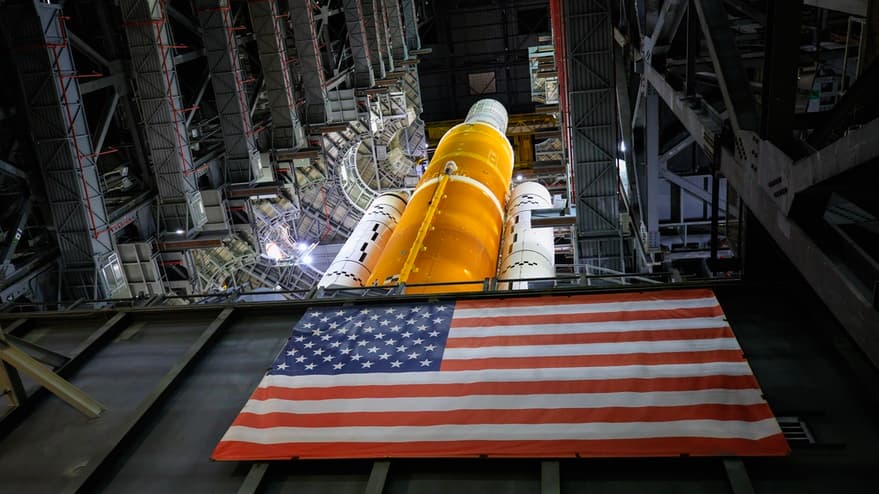 What Significant Events are Occurring with the Launch?

Scheduled for sometime in the summer of 2022, the Space Launch System is expected to undergo a Wet Dress Rehearsal for the mission; during this, the rocket’s flight computers will be tested, the launch countdown will be run, and the rocket’s Liquid Hydrogen and Liquid Oxygen tanks will be filled with propellant

Scheduled for somewhere in August 2022, the actual launch of the Space Launch System will occur, and the beginning of the Artemis program, this flight is expected to last for 26 days.

SLS has rolled out of the Vehicle Assembly building and is now on its way towards Launch Pad 39-B! 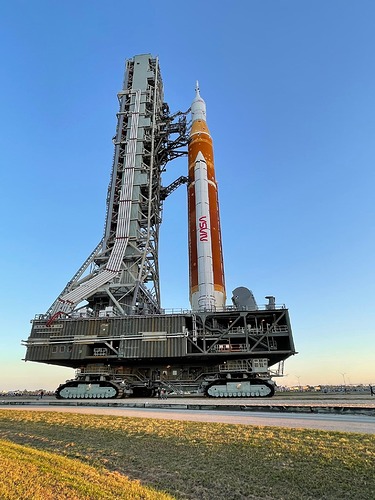 Which day is it Launching

Ok so excited to se it launch

SLS has now arrived at Launch Pad 39-B! This is where it will conduct its Wet Dress Rehearsal in the coming weeks, allowing for a few later stage tests and checks to be performed before its actual launch after that. 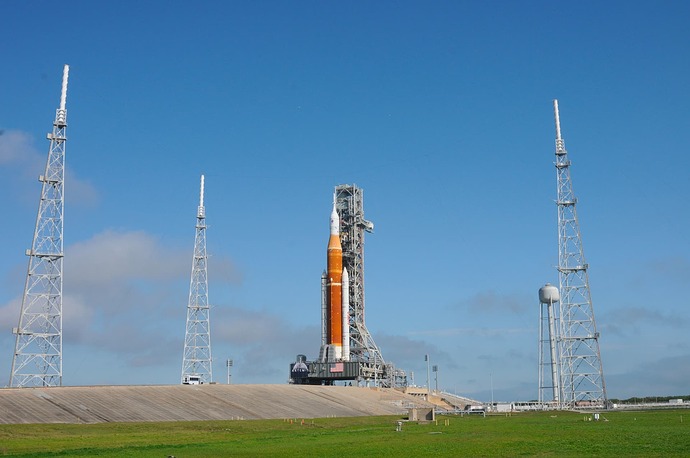 Following administrative approval earlier in the week, Artemis I’s wet-dress rehearsal is set to start on April 1st and run through April 3rd! During this crucial event in the pre-launch protocol the tanks of SLS will be filled with propellants, a full launch countdown will be performed, and mission timelines and procedures will be reviewed. Following the conclusion of this, a definitive launch date based on previously announced launch windows will be announced! 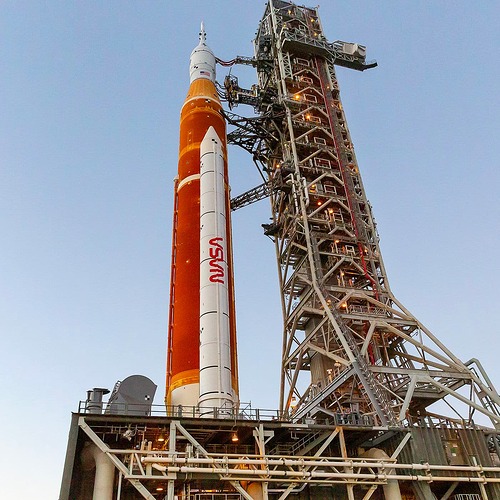 according to NASA’s blog they have begun the wet dress rehearsal and are now filling up the sound suppression system. They will also begin charging the batteries on the core strange tonight.

After some complications with the first attempt at tanking of SLS’s core stage, the second attempt at a full tanking will take place tomorrow. Similar to the first time, the main tanks will be filled with propellant and ensure that all propulsion systems are functioning as exepcted.

SLS was rolled back to the Vehicle Assembly Building following anomalies detected during the next attempt at its Wet Dress Rehearsal, it will remain here for quite some time until the issue has been resolved; the launch has been pushed back till at least August. 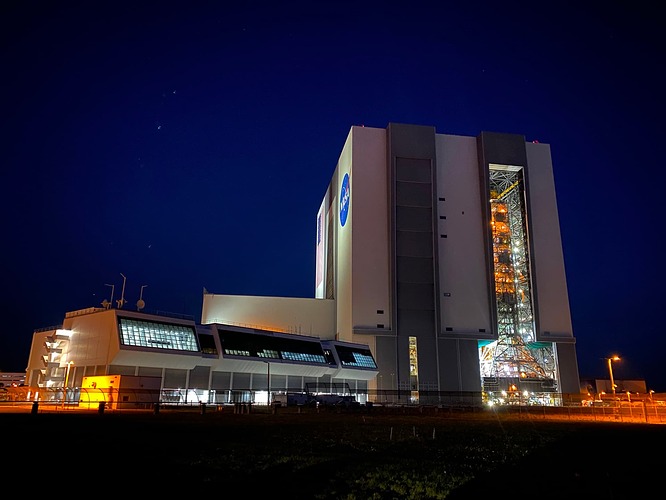