ANA Resumes A380 Service to Hawaii

For the first time in more than a year, Japan’s ANA finally decides to return its Airbus A380s to Hawaii. The airline’s three superjumbos have remained grounded since the start of the pandemic, apart from training flights or ‘flights to nowhere’.

An Unusual Order
Of all airlines that flies or flew the A380, ANA had the fewest, with only three of the jets in the fleet. Its plans for the A380 were also different; the airline only operated them on one route - from Tokyo to Honolulu. Since Honolulu is an immensely popular destination for Japanese tourists, ANA decided that it made more sense to fly 3 A380s there and fulfill all the demand instead of sending 6 or 7 787 or 777 aircraft to Honolulu. (The A380 has a capacity of 520 people while the 787-9 carries 249 passengers at most.) Of course, that was before Covid struck.

The funny thing is that, during the development and initial ordering of the 777 that ANA played a role in, the CEO back then said that ‘we prefer frequency over capacity’ so that the company opted not to purchase (even) larger aircraft. However, as we all know, 20 years later, ANA backtracked and decided there was a need for a high capacity aircraft. (Frequency means transporting passengers through numerous flights in order to enhance flexibility)

What Exactly is the Plan for ANA to Restart A380 Flights?
The first regular A380 commercial flight in more than a year will be on August 9th 2021, with a second flight departing on the 13th. Return flights are scheduled the day after the outbound leg. Originally ANA planned to use a 787 on this flight due to the pandemic, but the 787 was actually too small to fulfill the actual demand.

Which of the 3 A380s will it be?
Though all three jets are officially delivered, it will most likely JA381A or JA382A but not JA383A the bright orange Ka La, since it is still sitting at the Toulouse factory instead of in Tokyo. So what it means is it will either be the sky blue Lani (381A) or the emerald green Kai (382A).

Are you glad to see the ANA A380 back? Leave your thoughts below! 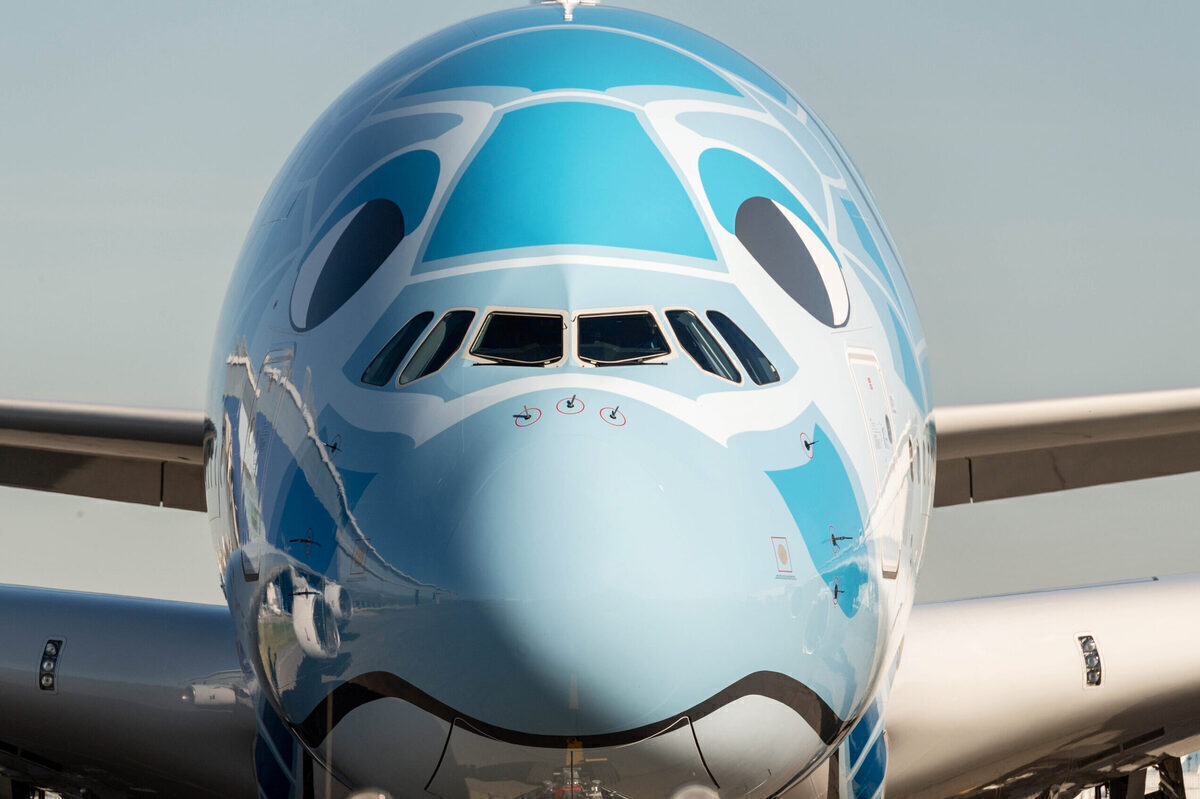 Return Of The Giant? ANA Schedules Its Airbus A380s To Hawaii - Simple Flying

Who doesn’t paraphrase it?

At least try to not make it so similar that it’s obvious that you copied it.

Here is one example:

Give your source as well.

Give your source as well.