United is Hopping into the Next Decade // Orders 270 Aircraft

After the COVID-19 pandemic, and the crap that went on for the last year, United Airlines is one of few to return to profitability. With that, they recently unveiled, not only an improved cabin and new/more premium seats, but an order for 270 new and way more fuel efficient aircraft! Take a look at what they ordered! This order should be a nice compromised discussion for our community, as it includes both MAX and NEO aircraft!

Also announced, a new and improved cabin will be retrofitted onto older aircraft 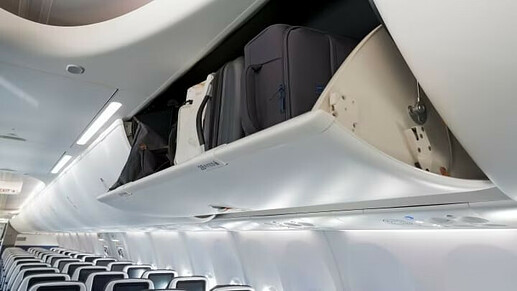 Included in the new statement, was part saying: “The airline also announced a hiring spree that it expects to total about 25,000 employees for the new planes, including pilots, flight attendants and mechanics” (Leslie Josephs, CNBC).

Finally, it looks like seatback entertainment systems (also known as IFE), are making a comeback, as all new aircraft, and retrofitted aircraft, will be receiving generously sized screens for you to watch movies in flight! 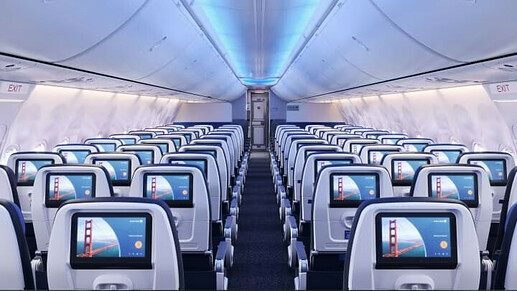 If you would like to read more on United’s order, check out this article (and my source) by CNBC

United Airlines unveiled its largest-ever aircraft order: 270 narrow-body jetliners from Boeing and Airbus as the carrier charts its post-pandemic growth.

I think it will, people being stuck at home for like forever, I want to travel SO BAD RN!

I could understand the Airbus order if the went for more XLRs or some LRs, but in my opinion, the standard A321neo is too similar to the MAX10 for it to make sense to order it.

Looks awesome! That interior is epic!

The thing I would like to say is that the A321NEO order to me makes sense, as when you work out the math the A321NEO fleet will have an awfully similar amount of seats to the existing A320-200 fleet, so I think United intends on upgrading their fleet by retiring the older A320 and replacing them with the newer A321NEO, similar to what they are doing with the 737NG and 737-MAX

Glad to hear that!

By the way their 772s are incredibly old, they have to replace them - best solution is A359 which is very similar in terms of capacity etc. However they delayed the deliveries to 2027

Honestly, there’s a pretty slim chance of UA taking the A359. My guess is they’ll use the B78X as a replacement instead.

Yeah, those things are gonna get cancelled, when was the last time you heard the order to first delivery gap as 18 years? Yes, 18 years!!!

But the A359 is perfect for those

Glad to hear that!

Upgrade to a 77W then

Oh no the XLRs are gonna replace the 757s

They downgraded it intentionally

Will probably be done with increased frequency using a B788 or B789.

I know, but this order isn’t doing that, it’s a sensible upgrade

Can Boeing stop delaying the NMA
They put it aside