The Beginning of My Aviation Career

The Beginning of My Aviation Career 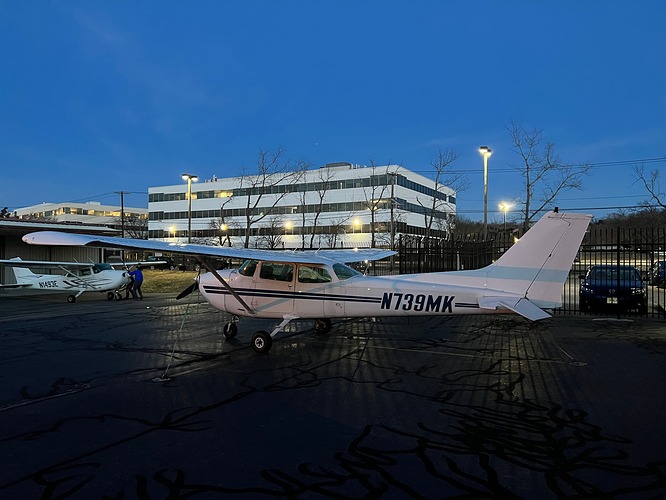 I was less than one year old when I flew for the first time. I remember absolutely nothing about it, but one thing is certain: my aviation journey began here.

As I grew up, aviation became a significant part of me. It would take the hands of thousands of people to count the number of times I said, “Dad, look! A plane!” or “When is our next trip, Dad?” I can even recall the times I’d bring a roller-board on vacation to get the “feel” of being a pilot—hell, I still do that today!

Ever since, the art of flying mesmerized me, and at just nine years of age, I knew flying at FL360 was the life I wanted to live.

There’s no sugar-coating it: I thought that becoming a pilot would be easy; a few lessons, some reading, a college degree, and bam, I’m in. Boy, oh boy, was I wrong, though.

In mid-2020, my Dad and I took a trip to N07, a small airport near me, to learn the ins and outs of earning my PPL. During the introductory lesson, which was somehow free, lol, I used a state-of-the-art simulator designed to replicate the C172 and its capabilities.

After the simulator, we sat down with the head CFI to discover the different paths to becoming a pilot and how to go about them (i.e., PPL, MEIR, CM, etc.). At this time, I truly understood the challenges I may face.

Regardless, I was determined and set off to start my journey.

Shortly after my “introductory lesson,” the COVID-19 Pandemic became rampant. Consequently, N07 limited their availability, and with only one aircraft, it was nearly impossible to take lessons.

Acknowledging this new reality, I took a step back and held off from starting the journey I had sought since my early days.

After nearly two years, I had enough waiting—it was time to follow through with my passion. So, on February 5, 2022, I took a trip to KCDW, a larger airport near me, to enroll in Century Air’s training program. After learning more about the program and what Century Air offers, I scheduled a consultation, which would be the catalyst to begin flying.

Between February 5 and February 25, I spent hours reading, taking notes, and comprehending various information. Once February 25 rolled around, I met with my newly assigned instructor to review what I learned.

After a successful ground lesson, we scheduled the second, which happened to be the next day. With a high level of confidence in my understanding of aviation and meeting the minimum requirements to begin flying, of course, my first flight lesson was scheduled for March 4, 2022.

Seven (almost eight) years since my passion for aviation ignited, I took to the skies to begin the long road ahead to becoming a commercial pilot.

Upon entering Century Air’s facility, I was informed that N739MK would be my ride today (I was scheduled to fly N734RP). Built-in 1978, this Cessna 172N was an oldie by a goodie.

Nevertheless, within 45 minutes of arriving at the field, I had completed my first pre-flight. Now it was time to begin a new chapter in my life.

Ready to go, I tuned into CDW’s ATIS, copied the information necessary, and viewed my taxi route via the airport’s charts. Shortly after that, I called Caldwell Ground and was instructed to taxi to Runway 28 via Bravo, Papa, November.

My first interaction with the aircraft was interesting, to say the least—it felt awkward to use my feet to control the aircraft’s direction. Fortunately, I got the hang of it relativity quickly and held short of Runway 28 within a few minutes of beginning my taxi.

After completing the takeoff checklist, I switched to Caldwell Tower and made my second call to ATC. With no delay, I was cleared for takeoff—even better, my instructor allowed me to take off!

The second we started rolling, I felt a feeling I’ve never felt before—I don’t even know how to describe it. Whatever it was, though, it was incredible.

Since I am a semi-logical human being, I won’t describe every detail of the flight, lol. What I will share, though, is my navigation through the busy NY Airspace and the primary items we covered during the flight.

Located just outside the Bravo, one wrong move, and you’ll have the FAA blowing up your phone. The same can be said with MMU’s airspace. Consequently, I had thoroughly reviewed the departure procedure with my instructor beforehand. Since I was departed northwest from Runway 28, the procedure was as follows.

Once passed the Rockaway Quarry, the Bravo has been cleared, and it is open airspace—for the most part, this area is used for training purposes. We flew its perimeter during our time in this area, practiced sharp turns (45°), maintained altitude when turning, utilized different trim settings to maintain altitude, and got a general feel for the aircraft.

One hour and thirty minutes flew by (no pun intended), and it was time to head back to CDW. I flew the aircraft to the Boonton Reservoir, called inbound, and handed the controls to my instructor to set us down.

Greasing the runway, I taxied back to the Century Air Ramp, shut down the aircraft, and went inside to review my flight.

It’s simple. I want to be a commercial pilot. Nothing I’ve ever done has given me a feeling like I had yesterday, and I don’t think anything can come remotely close. 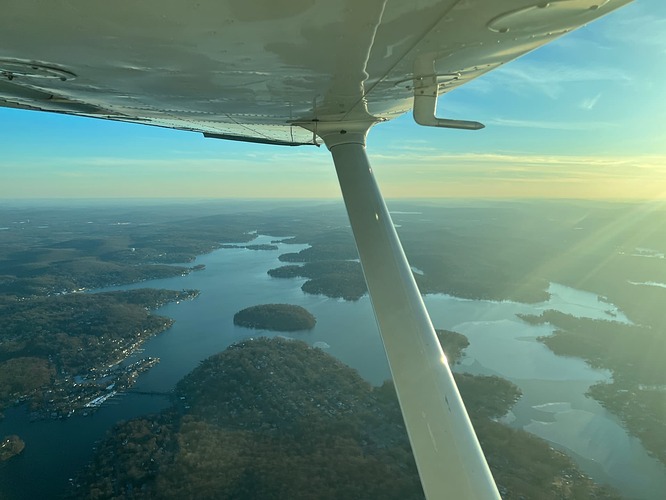 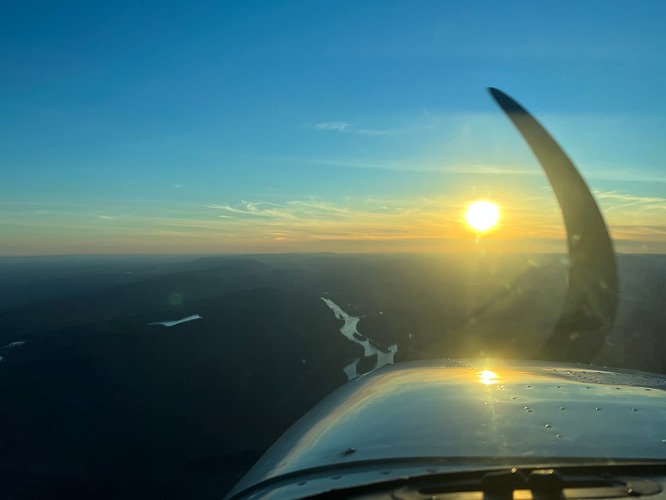 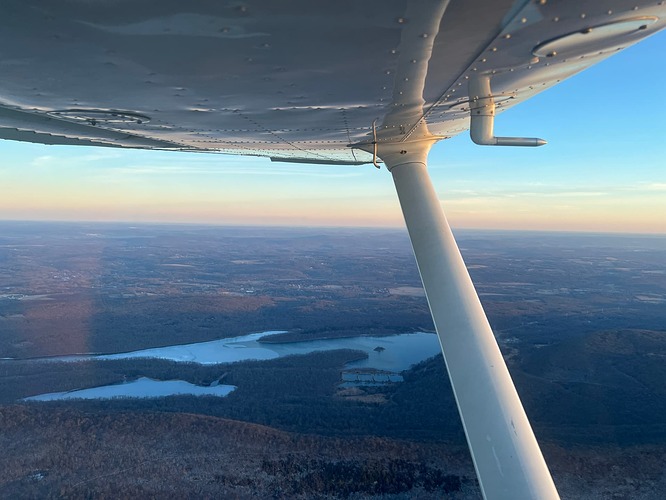 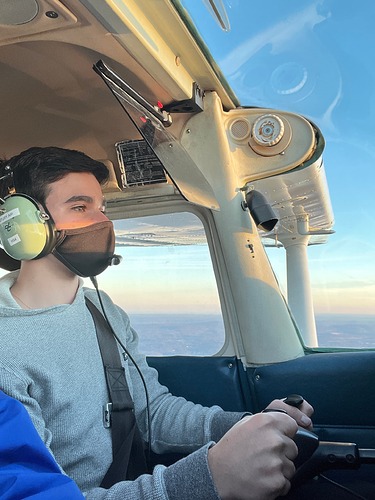 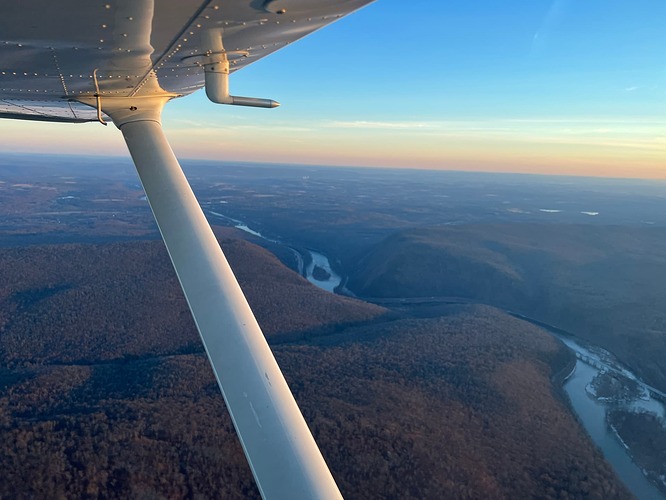 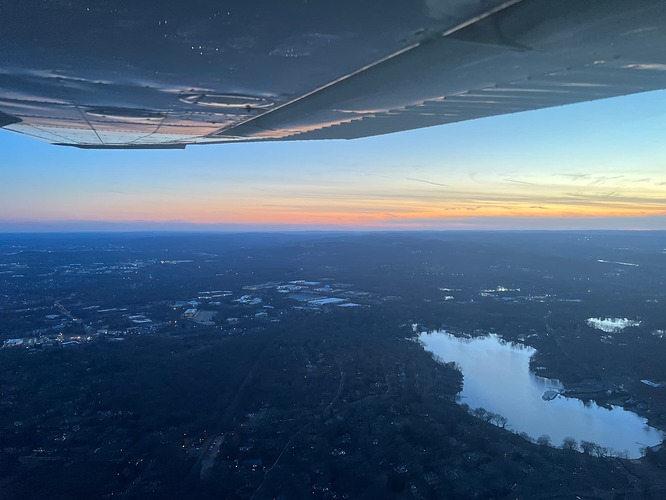 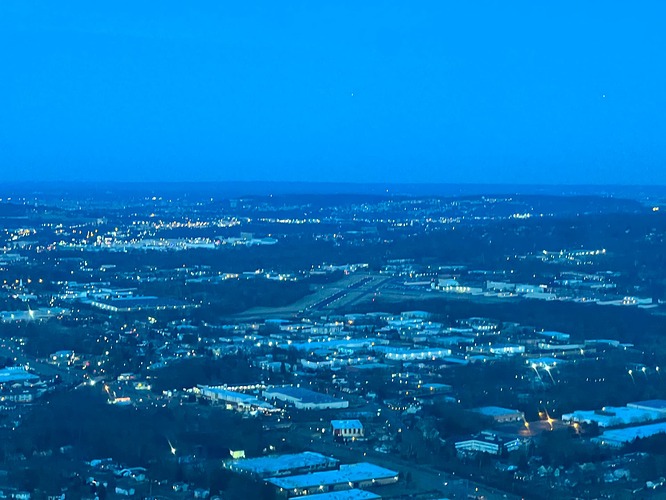 Turning final with the Willowbrook Mall just ahead. 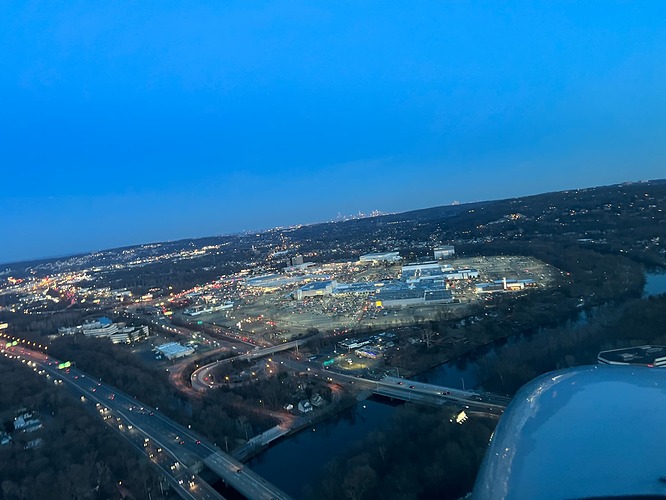 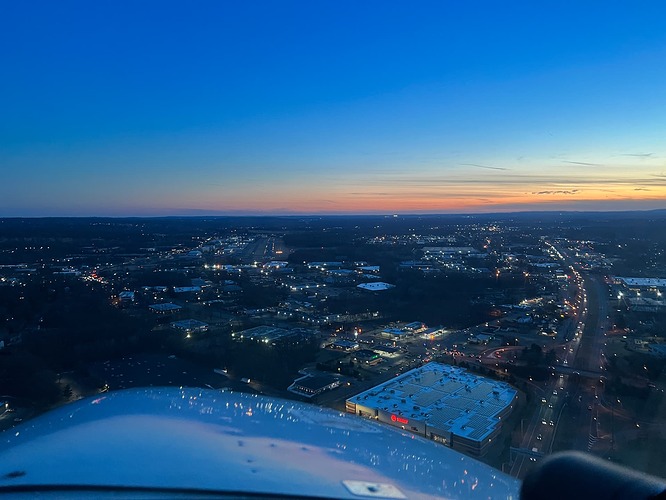 Just under glideslope; the perfect spot to be for touching down on the numbers. 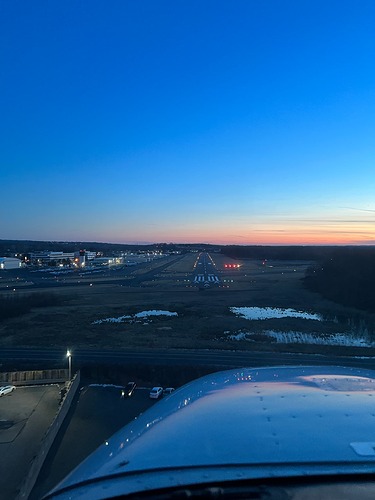 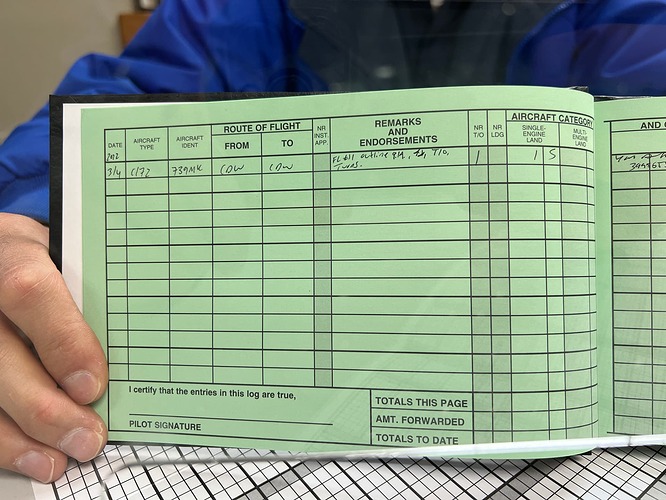 Well, that’s all from me tonight. Hopefully it won’t be too long until I can share that I have completed my training and earned my PPL.

See you all soon!

Zack, I am so happy that you are finally able to fulfill your dream of becoming a pilot. I am so excited for you to be able to take to the skies more and learn some tips and tricks about flying. When I grow up, I will make sure to look for you in the United Airlines cockpit on a 737 MAX from EWR-PBI, or a 787-10 from EWR-TLV

I am so happy that you are finally able to fulfill your dream of becoming a pilot.

I’ll fly down and visit you. Lol.

Congrats on your first lesson Zack!

Located just outside the Bravo, one wrong move, and you’ll have the FAA blowing up your phone.

For sure, lol. However, I would say it is more beneficial than not, though—it keeps you on you on your toes!

That’s really cool - congrats and good luck in the future

So proud of you Zack

it only gets better from here

Congrats Zack! (Yes I did read the entire thing)
I can’t wait to see your progress in this dream!

Yes I did read the entire thing

Since I am a semi-logical human being

Congrats, Zach! We’re looking forward to seeing you as a pilot at United flying a 787-10 to Tel Aviv.

@anon94363592 congrats you should try landing a Cessna at LAX

It would be cool if he did

Nice! Cool to see you flying the skies

Start as soon as possible. The more hours you have to your name, the better. This is especially true when applying for a job with the airlines.

where they would start

Your local/nearest flight school is the best choice.

It would be pretty cool if you could make a topic in the future when you become an airline pilot.