Yesterday, at about 5:30 it was reported that an Red Air MD-80 caught fire upon landing at MIA. Not much is known but all are alive. Only a few are injured. HI1064, operating Flight 203, was on a scheduled passenger flight from Las Américas International Airport to Miami Airport. Prior to landing, it is speculated that it hit an antenna cable before landing.

Red Air Flight 203 (L5203/REA203) was a scheduled international commercial passenger flight from Santo Domingo to Miami by RED Air. On 21 June 2022, the McDonnell Douglas MD-82 aircraft operating the service suffered a landing gear collapse and runway excursion, causing the left wing of the aircraft to impact an antenna structure, followed by a subsequent fire. The incident caused three people to be hospitalized with minor injuries. The aircraft involved in the accident was a McDonnell Douglas M...

Hope they can still fly again.

The reputation is a problem, not really their amount of planes. Such a shame, bad luck I guess.

And it’s June, this probably wont be the worst that’ll happen, lmao.

not really their amount of planes

No, take PAWAs, that’s where some of their Maddogs came from anyways.

nah i dont think they took from PAWA

they take from LASER 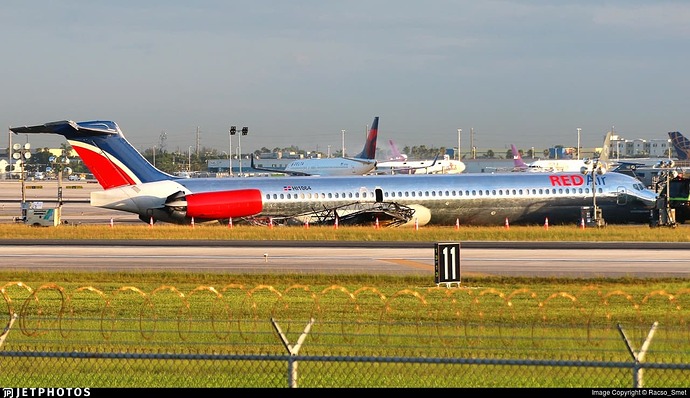 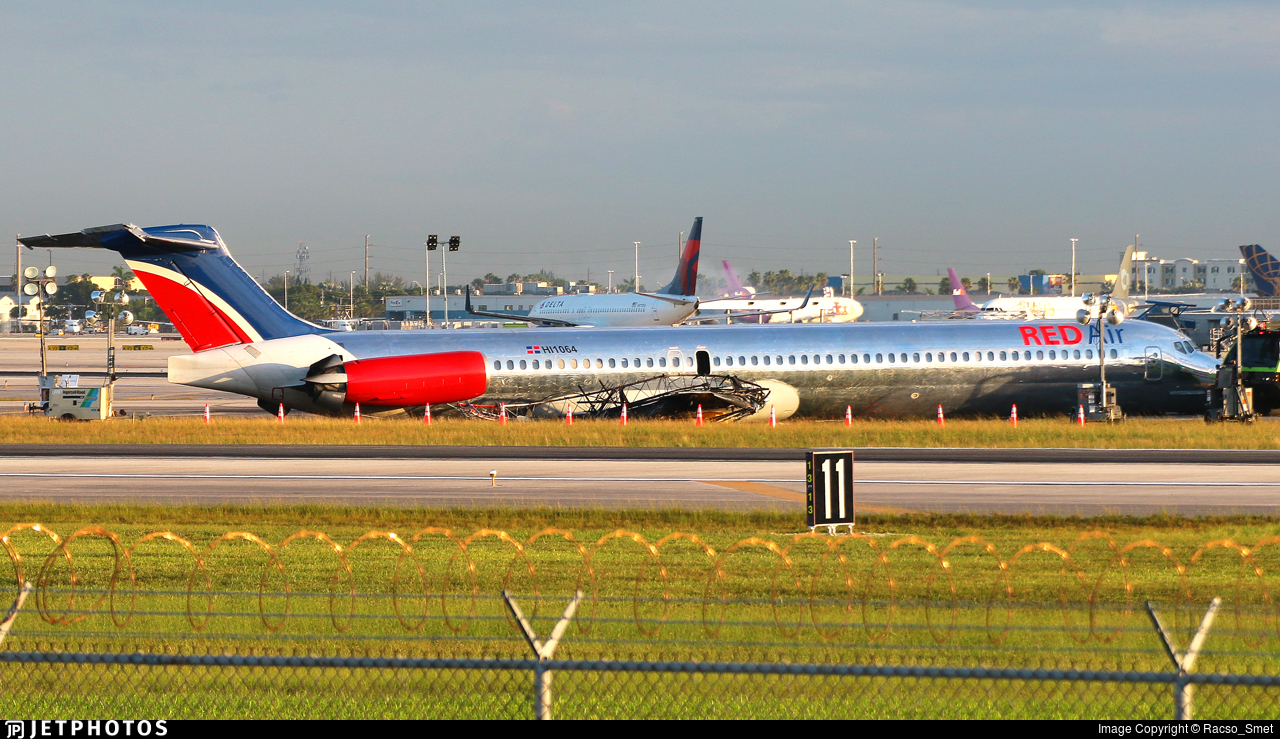 speculated that it hit an antenna cable before landing.

A left main gear collapse caused it to veer off the runway and hit a radio antenna. It didn’t hit an antenna prior to landing