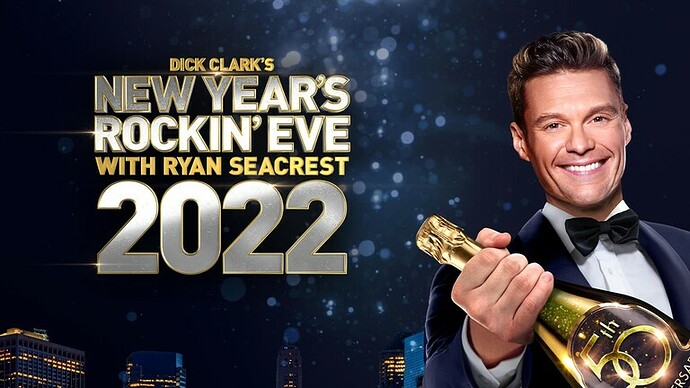 It’s that time of year again! Time for the ball to drop and hit midnight again. As you know, if you are on the festive theme for light and dark, and if you are on blue theme, you’ll see a countdown at the top of the screen. It should be adjusted to your time zone, and when it hits 0, 2022 will be in full swing!

Now, for everyone that lives in the United States, we all know there’s only one channel to watch during New Year’s Eve, obviously ABC. They have all of the performers, and of course New Year’s Rockin Eve. As always, this year it will star Ryan Seacrest once again. Below I believe the lineup for singers performing this year as we count down to 2022.

This year is also a very special year for the show, as this will be its 50th year running. As you know, used to be hosted by Dick Clark, being taken over by Ryan Secrest in the late 2000s.

I think that New Year’s Rockin Eve was a success this year! There were a lot of good people there and I think everyone did pretty well.