First topic, let’s give it a go. 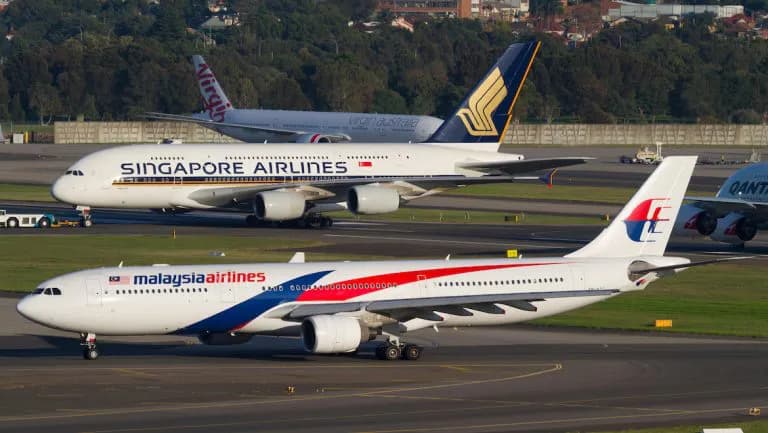 Coming into effect on the 29th of November 2021, Singapore Airlines flight codes can be found on Malaysia Airlines flights operating from their hub in Kuala Lumpur to:

Out of these 9 destinations, 7 are located in Europe and 2 in Africa.

What does this mean for their respective airlines?

For Malaysia Airlines, this is an attempt to bring themselves back into the highly competitive Asia to Europe flight sectors. Having operated to most of the destinations that are currently listed such as Frankfurt, Munich, Rome, Zurich on daily, and in some cases, twice daily services prior to their restructuring, they’ve long since wanted to start operating to these destinations profitably, though attempts were often futile, leading to them pulling out from those airports. Similarly, this is the case with routes to Johannesburg and Cape Town.

However, what this does mean is that we’d have to wait a while longer until we see Malaysia Airlines fully return to Europe and South Africa. A combination of a weak financial state, as well as a lack of equipment allowing them to sustainably operate these routes, is also another large factor. That said, it is possible that we see a possible widebody order coming in the near future as they aim to replace their older A330-200, A330-300 and A380-800 that are expected to be retired. When that happens, it leaves their fleet with only six A350-900. It is however rumoured that there may be a very large order for the A330neo or A350 family in the works.

For Singapore Airlines, on the other hand, this only strengthens their position as the industry looks to recover, particularly in the Asian region, with long haul flights starting to be filled. They’ve also just brought their A380-800 back into service, with the airline operating frequent services to Kuala Lumpur for crew re-familiarisation, as well as having already reinstated the A380-800 to London on their daily midnight service.

Singapore Airlines has gotten through the pandemic much better than other competitors in the region such as Thai Airways and Cathay Pacific, and using this as a platform to further their position as the largest player in the market is only going to benefit them more. In addition, as Australia looks to start to relax measures and open its borders again, Singapore Airlines is in a prime position to ramp up service to Oceania and Europe and benefit from people needing to travel again.

I always love to see two competing Airlines come together to help each other out.

Like how JetBlue and American did in the United States, offering the Northeast Alliance.

What does may signify is, possibly, that the way the industry is looking, it may be better for competing Airlines to partner with each other. JetBlue and American, Malaysia and Singapore. What do they both have in common? They both compete with each other.

During those Covid route cuts, they both had to cut routes. It really tested these airlines to see whether they are going to establish themselves as a short haul, or long-haul carrier (or both). When, for example Malaysian and Singapore started discussing, Singapore had a more long-haul based network, and Malaysian had a much more short haul based network.

If one airline continues on just focusing long-haul, and the other focuses just short haul, they can grow their expansion better by being able to connect onto one another, with each airline serving their own purpose. Just like how JetBlue and American are doing it. American is more long-haul-based, while JetBlue is more short-haul-based. American cut a bunch of their short haul flights, while JetBlue added a bunch of short-haul flights, and they partnered together. Makes a lot of sense.

Another thing I find interesting is that this was really how these two airlines were formed half a century ago. Then called Malaysia-Singapore Airlines, they had 2 hubs, one in Kuala Lumpur and another in Singapore.

Fast forward today, while Malaysia Airlines has a prominent role in the region, being a large flag carrier, as well as connecting Kuala Lumpur to key destinations, they never benefitted from having the strong foundation that Singapore Airlines had, and vice versa, Singapore Airlines had their hands tied, often operating A350-900 and B777-200ER on regional routes with a weaker short haul foundation.

There were talks of a potential merger again, making basically a second Malaysia-Singapore Airlines with what they had, which would have easily made them the largest carrier in the region, with one of the strongest market positions for those looking to fly between Europe and Oceania. That said, it never really materialised, and was never realistic to expect.

On the other hand, there is potential for these two airlines to almost go back to their roots, with a strong international and domestic control being shared between the two airlines in this codeshare, not to mention, they do have an agreement in place where further codeshares may be seen again in coming years.