So this happened a week ago and I didn’t even know about it but it’s pretty cool. It going to be the worlds first Bermudian airline. They could start flying by the end of this year. However as of now not a lot is know because they just sent in a request for an AIC from the BCAA last week and don’t want to give out to much info until they get it back.

So far from what we know they plane to lease 7 planes. Those planes happen to be a mix of a319 ceos and a320 ceos. We don’t know the exact amount of specific types but we know they are looking for a320 family pilots.

I think it’s pretty self explanatory that a Bermudian airline start up will be based at TXKF. But we know that they will be operating routes to 3 countries/ regions. Those are: the US, the Caribbean, and Canada. The us and Canada didn’t shock me but it will be interesting to see how the Caribbean goes for them.

we do not know what the cabin will look like but I have a suspicion it going to be like jetblue with less of the features but cheaper. They haven’t revealed anything about that yet so I’m gonna hold off until more info is given. We do have a logo though:

I’ll provide links below to their website and news articles. 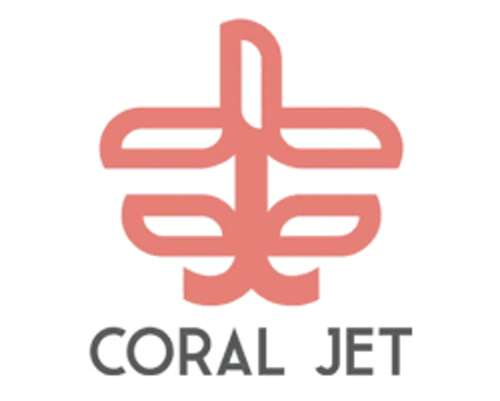 A new airline flying from Bermuda could take off later this year. Coral Jet has submitted an application to the Bermuda Civil Aviation Authority for an air operator’s certificate. The company has als...

That’s all for now, I’ll update when we get more info.

Here is what I think the potential routes are giving the focus areas and planes that they will have.

Have they revealed their livery?

That’s all of my predictions, most of the will probably be wrong but we will see

I could see them going to MIA

No not yet, they said they did not want to reveal much more apart from a logo and fleet size until they got their AOC from the BCAA back so that if they don’t get it, they hype won’t be wasted, they sent it in w week ago so I’m thinking they’ll know what’s gonna happen by then end of the month

I don’t really see MIA as CLT is a more popular route to Bermuda and I don’t think they are gonna try AA’s mia stronghold just yet, especially when AA already serves MIA

I could see YUL / YOW also as potential Canadian routes. The demand for Canada to Caribbean / Island routes is a lot higher then you’d expect. Especially from Montreal.

I don’t really see anything else but yyz on the Initial launch route as neither air Canada or West jet have made a move on in any other cities in about 15 years. I do hope we got more in the future

Still nothing yet sadly, a pre 2023 launch is looking less and less likely.

It’s like a 40% chance that it does lol, I not quite sure how it got past the drawing board but if the think it’s gonna work I’m down to only fly them when I can for a few years