Folks, it’s getting exciting. America’s nicest airline will be adding at least 20 new routes to it’s current lineup, stretching from the Florida coast, up to the Great Lakes. Some destinations teased are:

Should be an exciting day tomorrow!

Where might one be able to find this announcement?

Avelo isn’t close enough to me

Hoping to see if Breeze make it to Santa Barbara

Hey at least it’s not a never

They said they were going west, it’s just a matter of time

I’d say ONT
BUR is pretty full and SNA has a waitlist for airlines
Which is annoying. Because it takes forever to gain new airlines here

A lot of us want them to start at our airports

Because it takes forever to gain new airlines here

I feel you pain. We also can’t seem to keep any new airlines for very long (cough cough Avelo).

Oh it’s not an issue keeping them
It’s an issue gaining them. Spirit, Allegiant, Air Canada, etc were waitlisted for years until spots opened up

Only one I know of rn still being negotiated is Volaris. Which started after InterJet left in 2014

My mod bros (especially @Z-Tube or @CaptainZac) go ahead and edit this once they drop, I’ll be in school then

Was here last month, nice little airport, definitely underserved, an E190 or A220 would certainly be something! 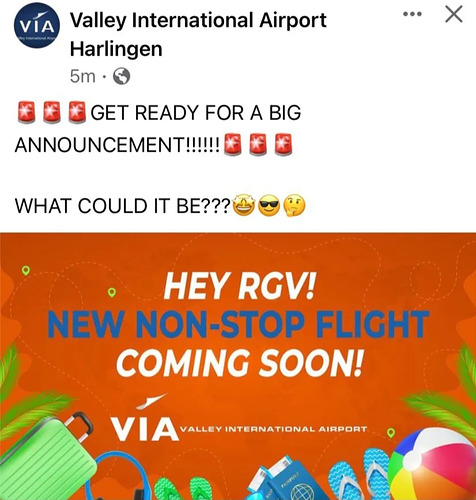 how do you know