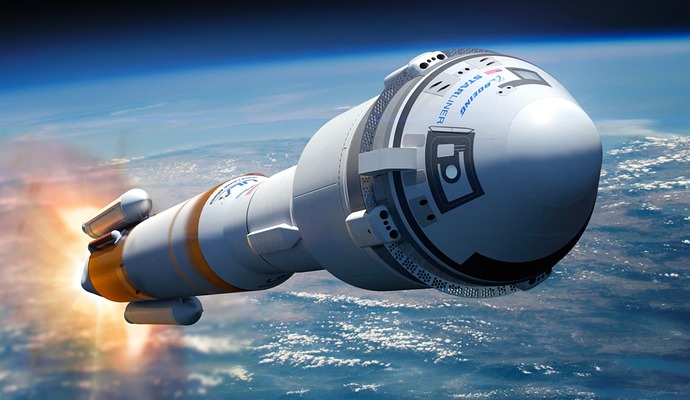 Hello and welcome to the Boeing OFT-2 launch thread! A sequel to my Artemis I launch thread, I mentioned I would work on a thread for this mission, and I have finally published it. (Before you ask, no, I don’t plan on doing one of these for every space launch, really only Artemis and Starliner). In this thread you will see a compilation of mission milestones and updates for OFT-2, the second mission of Boeing’s CST-100 Starliner Space Capsule, which is a part of NASA’s Commercial Crew Program, alongside SpaceX’s Dragon2 Space Capsule. This will be an uncrewed test flight to ensure the Hardware and Software are up to standards before a crewed flight. This mission is relatively identical to the December 2019 launch of OFT-1, a partial failure demo flight of Starliner, due to a Software error in the Spacecraft’s flight computers, causing an orbital trajectory misguidance.

As it currently stands, the mission timeline will look something like what is presented below. Upon launching from launch pad SLC-41 at Cape Canaveral, Florida, Starliner will be put into Low Earth Orbit as it approaches the International Space Station. Once there, it will dock at the forward docking part of the Harmony module, from which it will then spend several days attached to the station. Finally, the Space Capsule will undock from the International Space Station and re-enter Earth’s atmosphere, touching down at White Sands Missle Range in New Mexico.

For OFT-2, there will be two key parts of the mission, these are the CST-100 Starliner Space Capsule, and it’s launch vehicle which it will sit atop, the Atlas V. 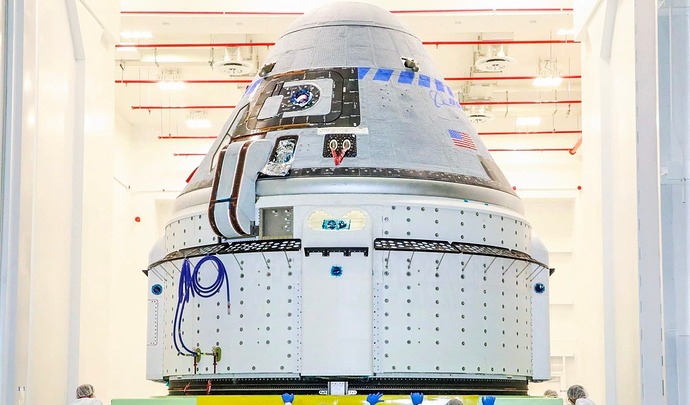 Making its second launch, CST-100 Starliner will be the main component of the mission. After debuting on OFT-1 in December 2019, several changes have been made to improve the design of the space capsule, mostly focusing on its software. The Specific Starliner being used for this mission is Spacecraft 2, and this will be its debut launch. Starliner is built by Boeing Defense, Space & Security. 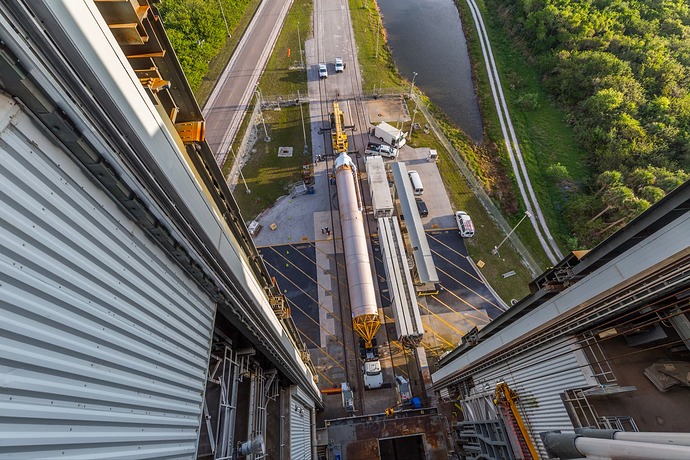 Serving as the launch vehicle for Starliner, the Atlas V will be the rocket that gets Starliner off the ground in Florida to several hundred miles in the sky in Low Earth Orbit. Powered by 1 RD-180 in the Common Core Booster, the rocket will produce over 850,000 pounds of thrust for the launch and powering the initial flight of the spacecraft. Being used for this launch specifically is an Atlas V N22 variant, a human-rated variant designed specifically for Starliner missions. The specific rocket will be AV-082, making its first launch. The Atlas V is built by United Launch Alliance.

Between now and the launch date of May 19th, several events will occur relating to the mission including but not limited to the full build of AV-082, the Atlas V launch vehicle, will be completed, the stacking of Spacecraft 2 with AV-082 at the Vertical Integration Facility, and the rollout of the fully stacked Atlas V / Starliner to the launch pad.

I don’t like the shape of this pointy boi.

Also, @CaptainZac, why not go see it?

Maybe it’ll work out for Boeing this time?

or failing to get on the right orbit

AV-082’s Second Stage Centaur in a Dual-Engine configuration was raised on top of the Core Stage, making complete the launch vehicle for OFT-2. Now we have a rocket, all that is left is to mount the space capsule at the top! 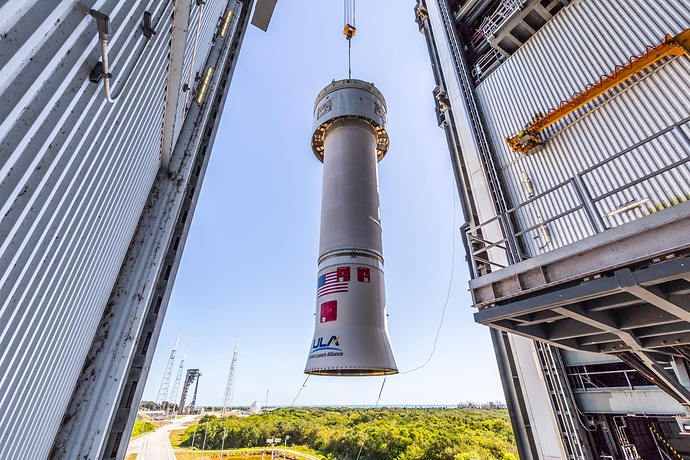 Starliner has arrived at ULA’s vertical integration facility, and is currently being mated to the top of AV-082. Launch is remaining on schedule, and with 15 days to go the launch vehicle and spacecraft are nearly ready to be rolled out to the launchpad! 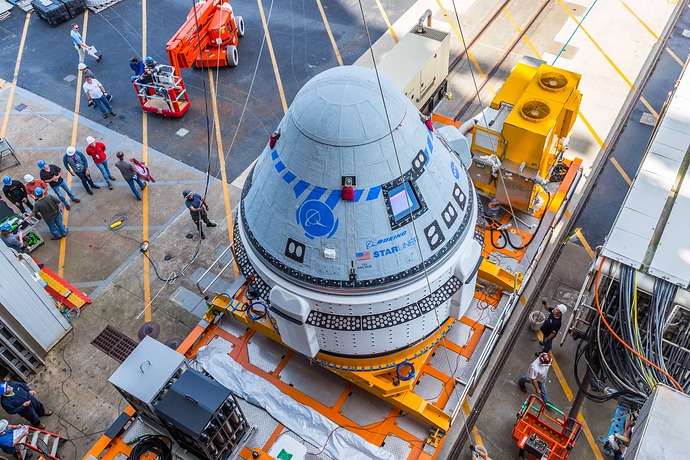 OFT-2 has been fully stacked! It will now undergo final checks before being rolled out to the launchpad, with a scheduled launch now just two weeks away! 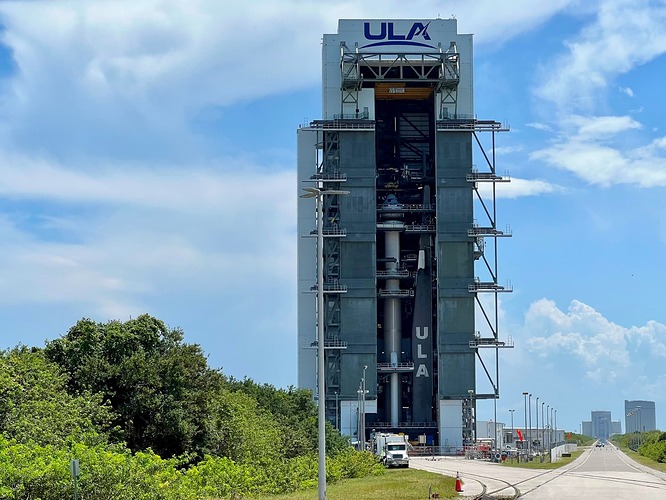 Now a week away from the launch day

Yup! Plan on doing a post in a few hours in regard to the results of the Flight Readiness Review

With just 7 days till launch, OFT-2 has completed its official NASA / Boeing Flight Readiness Review. Furthermore, the final launch dress rehearsal occurred today, and with all systems good all eyes now turn to this time next week when Starliner launches bound for the ISS, on what hopefully is a successful mission! 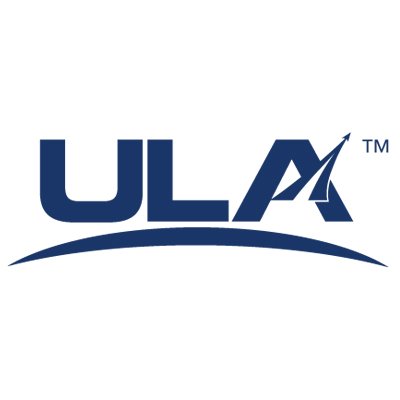 nice , do you know if its gonna be visible from bermuda, last time I remember a r rocket launching it was delayed because of weather over bda and the nit launched a few days later and we could see it go

I know United Launch Alliance publishes a tweet a few days before launch which shows when and where the Rocket will be visible, when that comes out I’ll be sure to tag you!

As promised, @Vamp here is the official United Launch Alliance Launch Visibility Map, from the period of liftoff to 5 1/2 minutes into flight, might be a little while after that for when it gets close to a place such as Bermuda 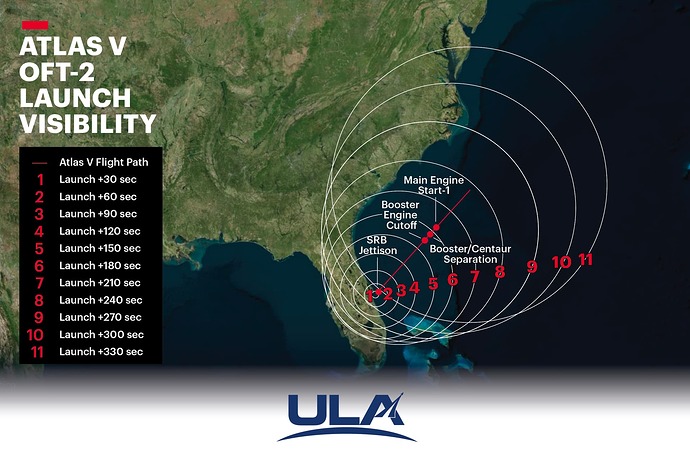 so I won’t be able to see it, guess its irrelevant

With only one day to go till launch, the Altas V carrying Starliner was rolled out of the Vertical Integration Facility and moved over to Launchpad SLC-41 today, arriving shortly thereafter. Now, with all final checks being performed, Starliner’s launch time is down to the exact second, that being 18:54:47 EDT / 22:54:47 UTC. Live coverage from United Launch Alliance and Boeing will start in the morning tomorrow! 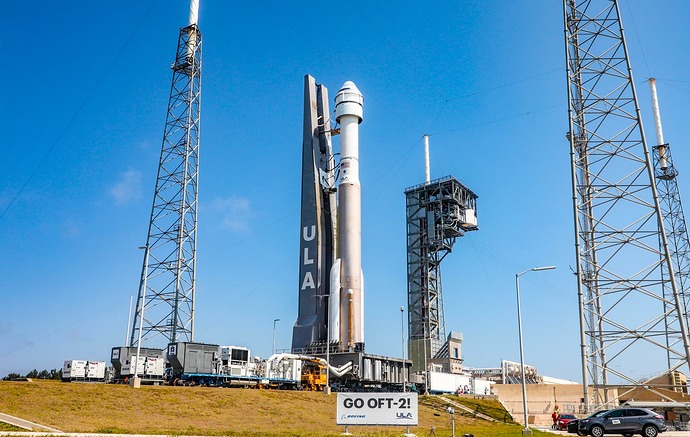 With under 3 hours to launch, AV-082 has been fully fueled with a variety of propellants for both stages of launch, and now all 3 Cryogenic tanks are at flight level. Updates to this thread will be coming across rapidly over the period prior to the launch as many final checks are completed, and Starliner is prepared for flight! 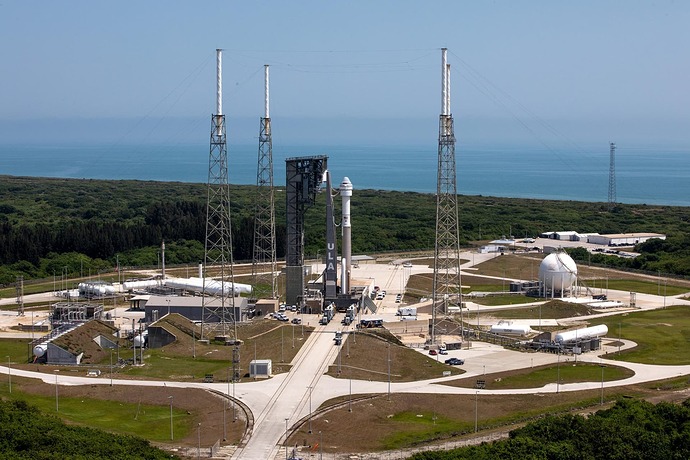 With one hour to go before launch, all systems are looking good for today’s flight! As AV-082 maintains proper fuel levels and is checked out, Starliner’s systems are getting a final check, such as the Launch Abort System and Service module thrusters, ensuring the journey to the ISS will be safe and smooth. With this, viewers can now tune into the Boeing / NASA livestream which will be covering the launch! 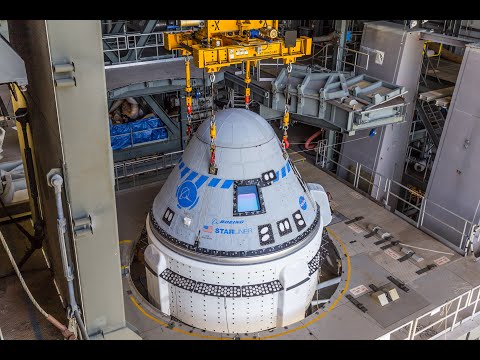