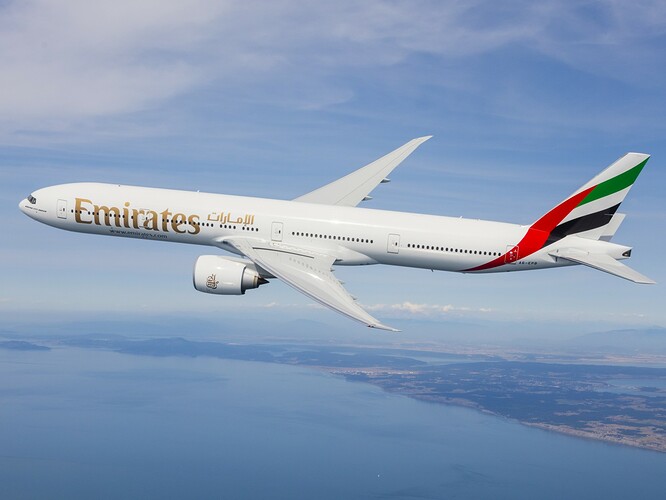 Emirates Airlines, the largest airline from the UAE, And to say the least one of the longest world renowned Airlines for luxury has announced that they will be starting service to Tel Aviv, Israel.

Starting on December 6, 2021 they will operate the following flights, once daily each way.

Emirates was approved to fly over Saudi Arabia, Bahrain, and other countries in order to get to Israel. This was expected as other airlines like Israir, FlyDubai, Arkia, and El Al were granted the same for their flights.

The aircraft they will be operating will be the Boeing 777–300 ER aircraft. It will see 354 passengers. Emirates has also announced that they will be using their kosher catering services on this flight. Even though this was launched back in September 2020, this will be the first major scale use of it, as a lot of people on this flight will be fully kosher.

“With the start of services in just a few weeks, Emirates will provide more options for travelers to fly better to and from Tel Aviv via Dubai,” said Adnan Kazim, chief commercial officer of Emirates Airlines. “We also look forward to welcoming more business and leisure travelers from Israel to Dubai, and onwards to other destinations on Emirates’ network.”

I am excited to see another new airline launch this route, and the connections between Israel and the UAE getting stronger!

Finally some Arab country not treating Israel like dog

I am excited to see another new airline launch this route, and the connections between Israel and the UAE getting stronger!

I am looking forward to Emirates flying to Israel too. It’s definitely a good thing to see the Middle Eastern countries improve relations with each other despite differences in culture and religion.

This is not a political statement.

To be fair, the U.A.E. has had impeccable relations with Israel since the signing of the Abraham Accords in 2020.

Trying to find Bermuda on the map be like:

they are flying to jamaica soon though

Trying to find Bermuda on the map be like:

It’s not that hard to find since it doesn’t share land borders with any country.

I can only dream of BDA EK service. prolly will never happen but one can dream.