The Canadan government has approved the purchase of Air Transat to Air Canada, meaning the two airlines will merge to be come a larger air Canada.

The other Canadian airline, WestJet that said that this would propose a monopoly on fights over the Atlantic. It’s going to be interesting to see where this number for takes to Canadian aviation industry. These two airlines have been wanting to merge for a long time and today is finally the day where this will happen.

“It will be accompanied by strict conditions which will support future international competition, connectivity and protect jobs. We are confident these measures will be beneficial to travellers and the industry as a whole.”

Those conditions include: maintaining Transat’s head office and brand in Quebec; encouraging other airlines to take up former Transat routes to Europe; ensuring aircraft maintenance contracts remain in Canada, prioritizing Quebec over other provinces; launching new routes within five years; and committing 1,500 employees to the merged company’s new travel business.

The deal also stipulates that because Transat is now a subsidiary of Air Canada, it must provide bilingual services to customers across the country.

For me, while this is positive, it is going to be sad to see the Air Transat tail go. 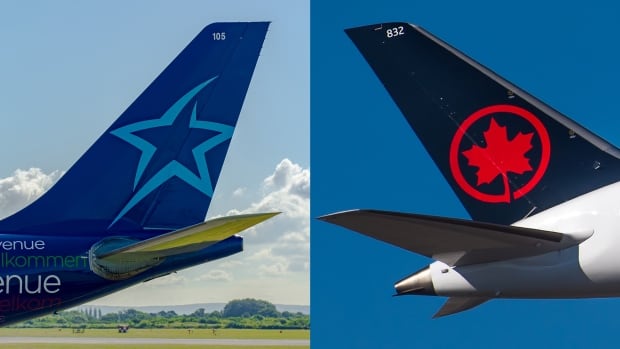 The federal government has approved Air Canada’s purchase of competing airline Transat A.T. Inc. under a series of strict terms and conditions the government says “are in the interest of Canadians.”